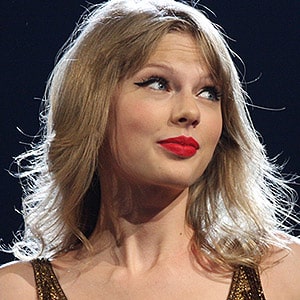 For nearly two decades, singer-songwriter Taylor Swift has dominated the pop and country charts. In December she launched her ninth studio album, called evermore, and in January she delighted fans by releasing two bonus tracks. And although her immense fame earns her plenty of celebrity gossip coverage, she’s managed to avoid scandals that plague other superstars. She did, however, run into a bit of trouble a few years ago—and there’s video to prove it. It seems Taylor once had a bad habit of losing her orthodontic retainer on the road.

She’s not alone! Anyone who’s had to wear a retainer knows how easy it is to misplace one. No, you won’t need rehab—although you might get a mild scolding from your dentist like Taylor did in her tongue-in-cheek YouTube video. You do, though, face a bigger problem if you don’t replace it: Not wearing a retainer could undo all the time and effort it took to acquire that straight, beautiful smile. That’s because the same natural mechanism that makes moving teeth orthodontically possible can also work in reverse once the braces or clear aligners are removed and no longer exerting pressure on the teeth. Without that pressure, the ligaments that hold your teeth in place can “remember” where the teeth were originally and gradually move them back.

A retainer prevents this by applying just enough pressure to keep or “retain” the teeth in their new position. And it’s really not the end of the world if you lose or break your retainer. You can have it replaced with a new one, but that’s an unwelcome, added expense.

You do have another option other than the removable (and easily misplaced) kind: a bonded retainer, a thin wire bonded to the back of the teeth. You can’t lose it because it’s always with you—fixed in place until the orthodontist removes it. And because it’s hidden behind the teeth, no one but you and your orthodontist need to know you’re wearing it—something you can’t always say about a removable one.

Bonded retainers do have a few disadvantages. The wire can feel odd to your tongue and may take a little time to get used to it. It can make flossing difficult, which can increase the risk of dental disease. However, interdental floss picks can help here.  And although you can’t lose it, a bonded retainer can break if it encounters too much biting force—although that’s rare.

Your choice of bonded or removable retainer depends mainly on your individual situation and what your orthodontist recommends. But, if losing a retainer is a concern, a bonded retainer may be the way to go. And take if from Taylor: It’s better to keep your retainer than to lose it.

If you would like more information about protecting your smile after orthodontics, please contact us or schedule a consultation. To learn more, read the Dear Doctor magazine article “The Importance of Orthodontic Retainers.”