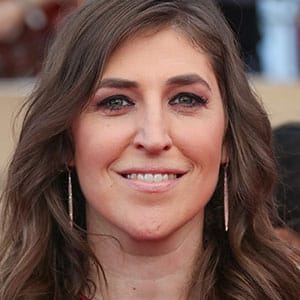 After nine seasons as neurobiologist Amy Farrah Fowler on the hit comedy The Big Bang Theory, Mayim Bialik is back to the “career” she had before the series: stay-at-home mom. Well, sort of. Bialik is also busy preparing for her next acting role in a new TV series called Carla, which she also co-executive produces. Still, that hasn’t stopped her from staying focused on her two sons, and she has always been on top of their dental health, according to Dear Doctor magazine.

She takes this particular aspect of parenthood quite seriously, keeping her kids’ teeth and gums healthy and their oral development on track. In fact, other parents dedicated to the same goal probably couldn’t find a better example.

So, what can you learn as a parent from Mayim Bialik’s approach to her children’s dental care?

Curb the sweets. Sugar is a prime food for bacteria that cause tooth decay. Bialik limits the kinds of sweets her kids eat, steering them away from candy, juices and soda, except on special occasions.

She and her family are also vegans, so she doesn’t allow her children to eat dairy-based candies like milk chocolate. You don’t have to be vegan, though, to benefit from her overall philosophy—promoting natural foods so her kids are less likely to develop sugar cravings that can impact their dental health.

Make Brushing a Priority. Bialik has her sons brush their teeth first thing, even before breakfast. Her reasoning is scientific (she’s actually a PhD neuroscientist, like her Big Bang character): Bacteria are working even as we sleep to create disease-causing plaque on our teeth.

From her point of view, treating brushing as a morning-time priority ensures it gets done to prevent plaque accumulation on her kids’ teeth. This in turn lowers their risk for tooth decay and gum disease.

Encourage flossing. This companion task to brushing is equally important for maintaining healthy teeth. Brushing can’t always get to plaque between teeth, which could lead to tooth decay or gum disease. Flossing completes the plaque removal job to prevent that from happening.

Unfortunately, traditional thread flossing isn’t as popular as brushing because it’s often harder to do and can be messy, but Bialik has found a work-around. She buys easier to use pre-loaded floss holders in bulk and keeps them readily available next to the toothbrushes. As a result, flossing isn’t an issue with her kids.

Take your cue from Mayim: Daily habits like tooth-friendly eating, brushing and flossing make a positive difference in your child’s ongoing dental health. Following through on these and other practices, like regular dental visits, will help keep your child’s teeth and gums in tip-top shape.

If you would like more information about best practices for your child’s dental care, please contact us or schedule a consultation. To learn more, read the Dear Doctor magazine article “Dentistry & Oral Health for Children.”